Well, after a ridiculously long time, I’ve finally got around to writing another blog post.  My apologies for the delay!  The reason?  I’ve finally achieved a long-held ambition, and received my very own Bardic Qualification!  Only a few days ago, the coveted certificate dropped through the door, proving that senior people in the British Druid Order, having examined the fruits of my creativity, have deemed me worthy of the title of Bard.  Here’s the proof … 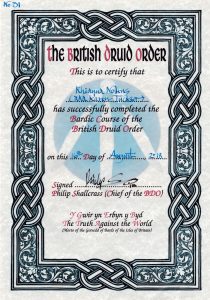 I had the news a week or so prior to the certificate arriving, through the wonders of email, but to be honest, I think it still hasn’t completely sunk in, even now.  I’ve been working on the Bardic course for about a year, reading through the booklets I’ve been receiving every two months, and doing many of the exercises suggested in them.  I’ve produced several poems, a couple of stories, and a few pieces of artwork inspired by my paganism.  It was lucky that I did, because some of them formed part of my submission to the BDO for my qualification.

This included some of the output from the Cell of Song session that formed the final exercise of the course.

Back in the mists of time, it seems that a trainee Bard would complete his apprenticeship by producing a ‘masterwork’, as in many other professions.  The way he or she would do this would be to go into a cave, be sealed up in it for three days, and come out with an inspired poem or story, which they would then recite to their teacher and possibly a group of their peers or other Bards.  This then became 24 hours in a darkened room, over time.  Thankfully now, the requirement is only that you spend at least 6 hours in isolation.  You have only the Awen (‘flowing spirit of inspiration’) for company, and at the end, you bring out an inspired piece of creativity.  This could be a song, story, piece of music, dance, sculpture you want to make, or anything inspired by or during your retreat from the world.

My story was a little too long to reproduce here, but below are two of the pieces I submitted – short poems with associated artwork.  The Hare artwork produced the poem, but in Skirts of the Muse, it was the other way around.  Well, in fact, the idea for the artwork came first, but I didn’t think I could produce it, so wrote the poem instead.  Then I decided to try drawing it anyway and see what happened.  It’s not quite as first envisioned, but it’s good enough for me. 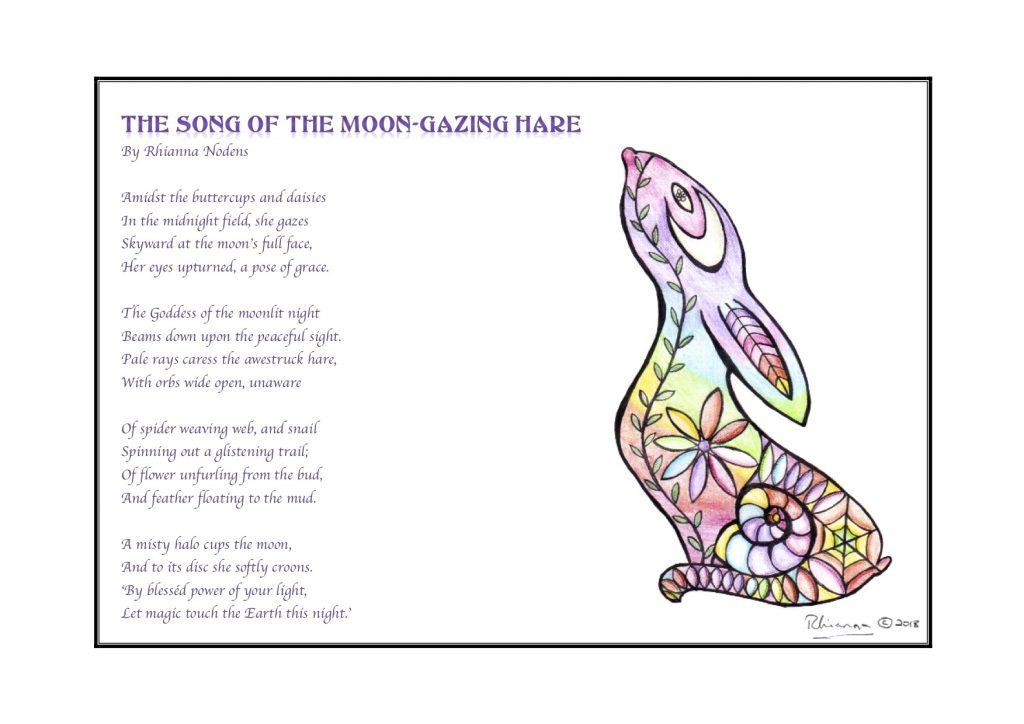 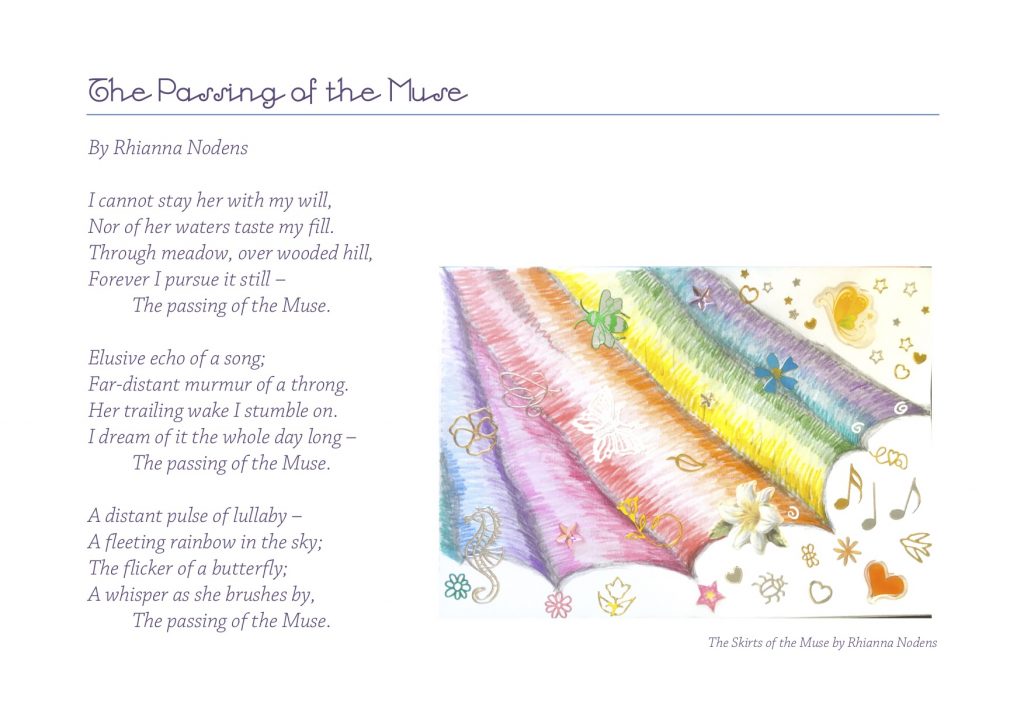